A Spirit of Hopefulness on Long Island

A Spirit of Hopefulness on Long Island 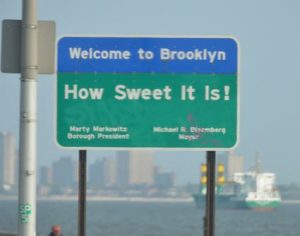 It is hard to believe that we are now in the third week of events connected with Hurricane Sandy's destructive march through New Jersey and New York beginning on October 29, 2012.  (Days merge with one another in times of disaster and disaster relief.  The experience is a kind of corporate bereavement process with the successive stages of shock, disorganization, and reorganization. We are now in the early reorganization period).  It is hard for me to believe that next week is Thanksgiving!  In other areas of our nation, things are proceeding to Thanksgiving, Christmas, and New Year's.  Marketers are trying to get us to think like that (especially in heavily commercialized New York), but - with disaster all around us here - it is very difficult to fall into that line.

The havoc created by Hurricane Sandy and the Northeaster that followed is far worse than any imagined in the early days following the storms.  Now that power is restored to most (but by no means all) of Long Island and New York City, and now that people are being permitted to return to areas from which they evacuated before or during the storm, we are getting a fuller picture of the power God can unleash in the wind and the storm.  What was the equivalent of a tsunami-like wave (carrying with it wood and other debris) plowed into the coastal portions of Staten Island, Brooklyn, and Queens, particularly in the Rockaways - which are, basically, a barrier island just south of coastal Queens and coastal eastern Brooklyn.  Our site relief coordinator, Al Zarek, and our invaluable helper Raun Treible, worked on the home of a close friend of one of our Franklin Square congregation members.  The wife wept as she described the 6 foot wave of water that tore through their home as they watched from the second floor.  One of the families from Reformation Presbyterian Church lived not very far from there, but lived even nearer to the water.  Al and Raun hope to travel there and size up what is needed to help.

As of now, well over 1,000 homes on Long Island alone have been determined to be uninhabitable.  On the southern part of Staten Island hundreds of people are homeless.  Hoboken, New Jersey - a densely populated city which is just across the Hudson River from Greenwich Village in Manhattan  - was devastated. Over 1,000 people there (most of whom lived in basement apartments that were flooded by Hurricane Sandy) are homeless.  The gruesome search for bodies in homes that were near the affected water areas continues - as of now nearly 50 people in New York alone died as a result of the storms.  I am impressed, though, that there is a hopeful spirit that rebuilding will come - as long and arduous as that process will be.  Neighbors in the suburban areas in which "good fences make good neighbors" are communicating with one another and helping one another.  That is certainly not salvation; but it is a blessed change.  It is good for the Lord to make us stop and, in our being still, know that He is God.

Thank you for your prayers for our relief work here.  Raun Treible of Lake Sherwood OPC, Orlando, Florida, and retired military chaplain Rick Dickinson have been invaluable for our relief efforts.  Raun has gotten the heating systems going in three homes of church families and in the home of the close friends of one of our families.  Rick has given particular attention to the home and neighborhood of one of our widows in East Rockaway.  On Saturday, Nov 10th, we were so privileged to have three rugged workmen from Pennsylvania (two from Trinity Church Hatboro, David Askey and Luke Brown - and also David's son-in-law, Ray) drive up here, put in a full work day in East Rockaway, and then head home (with their time up here bracketed by a breakfast of real New York bagels, and an Italian dinner from the famous King Umbertos!)  On Monday, a large team of people from the OPC Franklin Square cleaned out the home of one of our widows in Lindenhurst.  On the 16th, Rick finishes his labors here, and Raun does the same here on the 17th.  They have been busy, to say the very least.  We will miss them; but we thank the Lord for the testimony they have been to us, and to the areas in which they work.  People are stunned that our people do this work "for free".  It is a delight to tell them that it is a way of showing the free and wonderful grace of our Savior.

Many thanks to all who have helped so far, and to all who have offered help.  We now need to re-assess how best we can assist those around us.  We can do little in comparison to the needs; but we want to keep helping so that we can show the giving grace of our Lord Jesus Christ.

Please pray:
1.  For our evaluation of what to do in the next phase of assistance here, particularly as we consider how this can be a means of outreach.
2.  For wisdom as we assess how to do this with the busy Thanksgiving-Christmas schedules which are upon us.
3.  For us as we cultivate the contacts we have made, particularly in East Rockaway.  (I would love to see an Orthodox Presbyterian Church planted there!).
4.  For perseverance for all involved in the massive clean-up and re-building efforts.
5.  For the Kingdom of God to be furthered through all of this.  Pray that the devastation of homes would be seen as a metaphor of the devastation that sin brings to human lives; and pray that the kindness, relief, and rebuilding labors rendered by Christians would be seen (and presented) as temporal pictures of the grace, salvation, and sanctifying work that Jesus Christ, the great Re-builder, does in His people.

Yours in the service of the Lord of the winds, the waves, and the peace that comes after the storm,
Bill Shishko