An Oasis for the Heart: 3rd Anniversary of the Japan Tsunami

An Oasis for the Heart: 3rd Anniversary of the Japan Tsunami

We sometimes call her “the woman at the well.” Her life was a mess. Drawing water from Jacob’s well was hard work, and few people came to do it in the heat of the day. But there she was; avoiding harassment was perhaps a lifestyle necessity. God reached out to her with gentleness few of us can muster. Jesus offered her living water, flooding her life with the hope of forgiveness and a new start. “Mikami wa sakedokoro, wa ga toride.” (Psalm 46:1). He continues today to gladden the hearts of thirsty souls with his streams of mercy. 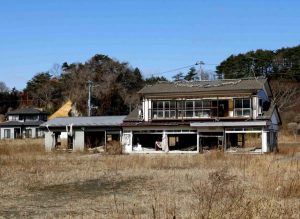 Today (March 11, 2014) marks the third anniversary of the most powerful earthquake in Japan’s recorded history. On Friday, March 11, 2011 at 2:46 PM JST, a triple disaster was set in violent motion. Most of us here in eastern Japan witnessed the devastating power as our homes shook, cracks appeared in walls and ground, and the sky turned a sickening color. Fewer of us witnessed the tsunami that followed (though my CRWM colleague George Young did!), but we watched in utter dismay with live TV coverage as the waves crashed into the coastal farms, ports and cities, going as high as 133 feet and as far as 6 miles inland. The tsunami left almost 20,000 dead in their wake and millions of tons of debris that had been the homes, businesses, vehicles, ships, school packs and teddy bears--the stuff of life of hundreds of thousands of people who were instantly turned into refugees. Then came the meltdowns of three nuclear reactors that flooded the sea and polluted the ground with the odorless, colorless horror that was also spewed into the atmosphere and rained down on almost half the population of Japan and created yet another wave of refugees. This house (pictured above) is untouched yet three years after the tsunami. Lord, have mercy!

Recovery from the “most expensive disaster in history” is far from over. Setting aside the issue of radioactive contamination, where recovery will involve timelines of decades, if not centuries, the cleanup of debris and rebuilding of infrastructure (roads, bridges, train lines, port facilities, sea walls, etc.) will still take several more years. On anniversaries like this one, government officials are making speeches about it, but then the media radar turns to other things, and funds are diverted to other projects, like preparing for the 2020 Tokyo Olympics or building up armed forces to enable more effective confrontation with China. “Temporary housing” built for those made homeless by the Great East Japan Earthquake is still more than 70% occupied three years later. How then does one define “temporary?” Trauma is renewed and despair deepens as this anniversary comes around. 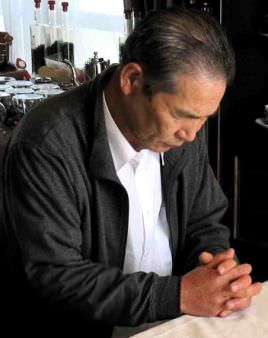 Along with governments and NGOs, World Renew, working with Christian Reformed World Missions Japan staff, mounted a response to this tragedy that continues today. Funding was channeled to deliver emergency supplies to refugee centers. Assistance was given to help with the cleanup of debris and to help refurbish homes, business and farms. These things continue today to a lesser extent, as the focus has shifted more and more to extending “heart care” to the survivors, deliberately seeking out the most vulnerable, listening to their stories, offering activities to help them escape the loneliness and drudgery of present circumstances, helping them move on, giving children whose schools were devastated homework help and places to play, facilitating the development of new relationships and communities, extending the love of God with words and deeds, offering the cup of living water to thirsty souls.

In the face of a disaster of this magnitude, it has been breathtaking to see the response of the people of God, the very tiny church in Japan (less than 1% of the population) working tirelessly along with groups like ours from all over the world, overcoming the denominational obstacles that sometimes keep us at arms length from each other, to deliver God’s mercy to those who are in great need. Not only has the response effort been far out of proportion to our numbers, it has also exhibited a staying power beyond that of most other organizations. In our case, the “official” response activities are slated to continue through June 2016. Even after that, we are determined to say that we will not forget, we will not abandon, and we will not quit while the needs remain. The media and government have noticed the vitality of the work being done by Christian groups like ours (and sometime publicly thanked us), but much more significant than that, the bewildered disaster survivors continue to benefit. Previous suspicion has turned to trust, interest in knowing “who these people are and what makes them tick” has grown, and what was once perhaps the area of a very Gospel-resistant Japan that was counted the most resistant of all (NE Japan), people have become curious and sometime even eager to hear about the God who has driven his people into such works of mercy and help. “We would like to study the Bible.” We continually need to be vigilant not to be manipulative and “foist our religion” on vulnerable people. Yet we see that God is turning this time of tragedy and unbelievable suffering into a season of grace and is using it to draw folks to himself.

Our survivor support activities presently focus on 5 projects that are backed by finances and workers from the churches of Japan (especially our sister church, the Reformed Church in Japan and their Diaconal Activities Committee) and several overseas groups. Our partnership has representatives of CRWM/WR, the Orthodox Presbyterian Church Japan Mission, the Koshin Japan Mission (South Korea), and the Dutch Reformed Church/Reformed Church in Africa, and also has received significant funding from the Netherlands Reformed Church (GG). We are aware that we a buoyed up and supported by the prayers of God’s people too! The 5 projects we’re presenting supporting are as follows: 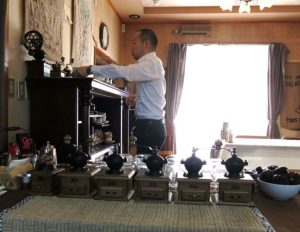 1. Higashi Sendai Volunteer Center/Sakura House in Higashi Matsushima City, Miyagi Prefecture   Pastor Akira Tateishi of Higashi Sendai Reformed Church has channeled the energy of several thousand volunteers to help the area of Higashi Matsushima City knows as Tona/Nobiru, neighborhoods that were devastated by the tsunami, the local train line destroyed, the elementary school rendered useless, and where after some initial efforts the community urged an ongoing presence. Sakura House offers a bi-weekly homework assistance program that serves 40-50 local children, a weekly café that offers coffee+ plus lunch, visitation to area temporary housing villages, and clean up, repairs and moving assistance. There are also children’s camps a couple times a year, community barbecues, concerts, Christmas celebrations, and many other activities too numerous to list! 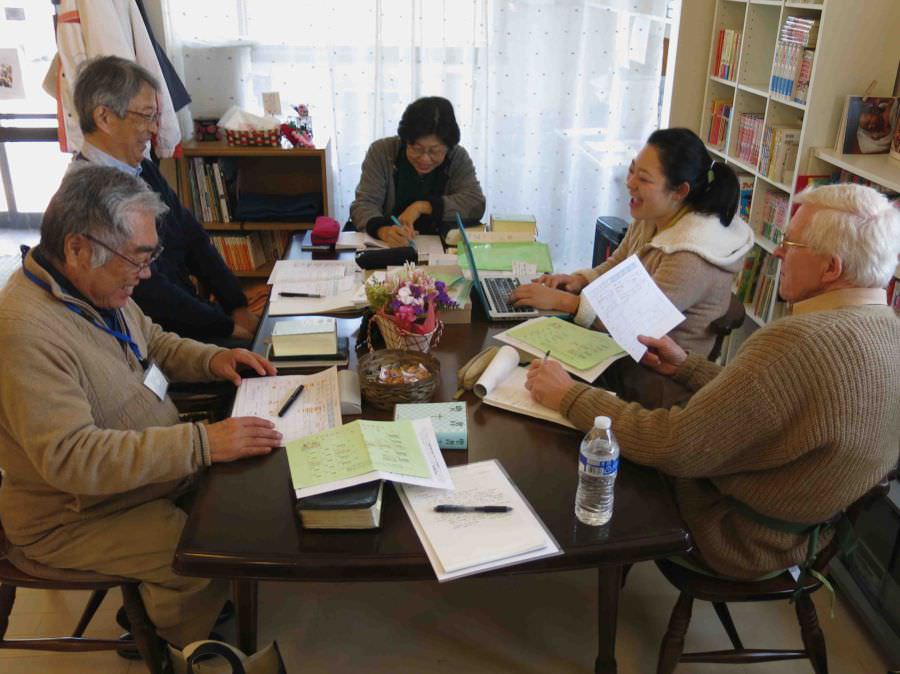 2. Nozomi Center project in Yamamoto-cho, Miyagi Prefecture (www.nozomicenter.com)    Yamamoto-cho is the southernmost coastal town of Miyagi Prefecture and was devastated by the tsunami. Because its lack of industries and aging population left it off the radar of the government and most NGOs (its proximity to Fukushima scared many away), our coalition of missions decided to set up a response center here we named Nozomi (Hope) Center that provides a base to help rebuild the community, hosting many events for folks to “get away” from their troubles, welcoming children and providing activities or just a safe place to play, basing volunteer groups who come to serve the community, and carrying out mobile cafés and other programs that reach out to the many temporary housing villages. Nozomi Center also has been extending assistance to areas in northern Fukushima Prefecture and has responded to requests to begin Bible classes and Sunday worship (once a month) in cooperation with a couple of churches in nearby communities.

3. Team Rikuzentakata, visitation project   Based out of Sendai Eiko (Glory) Reformed Church, this project reaches out to temporary housing villages in Rikuzentakata City, Iwate Prefecture. Initially focused on delivering emergency supplies, the team currently maintains relationship among those in the far-flung temporary housing villages by offering arts and crafts times, mobile cafés, listening and counseling, and events like concerts and day trips to spas (especially popular with the elderly!). Rikuzentakata was almost entirely destroyed by the tsunami, and train access was disabled. The team travels 3 hours one way to make their visits, which are the highlight of the lives of those in small, isolated temporary housing villages scattered around the hills. Town officials have cited the team as a “most trustworthy” helping organization and gladly cooperate with the activities and programs the team is offering making public facilities available to us. 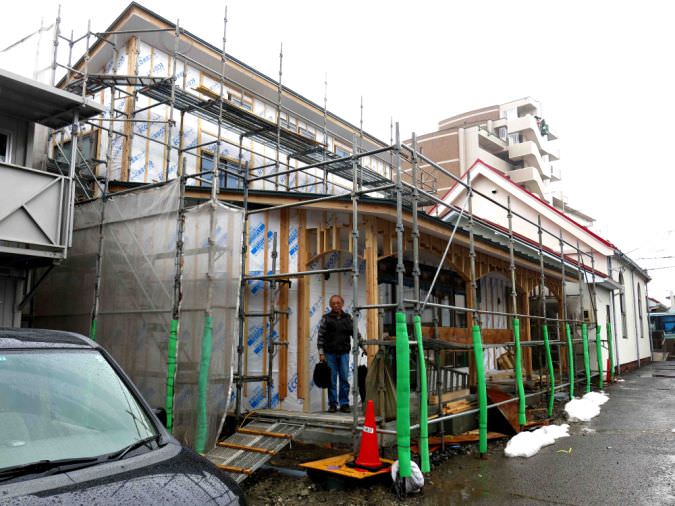 4. Sendai Reformed Church rebuilding project   Sendai Church is our “anchor congregation” in NE Japan and has been the focus of outreach and support efforts for many decades. Their more than 100-year-old building had significant damage from the earthquake and is being refurbished and partially rebuilt. Many members’ homes were also significantly damaged by the earthquake, severely limiting funds available for the needed repairs of the church. This church will continue to have a strategic role for the foreseeable future! Though many church members have not yet completed repairs to their homes, getting the church facilities completely operational again is their strategic priority. 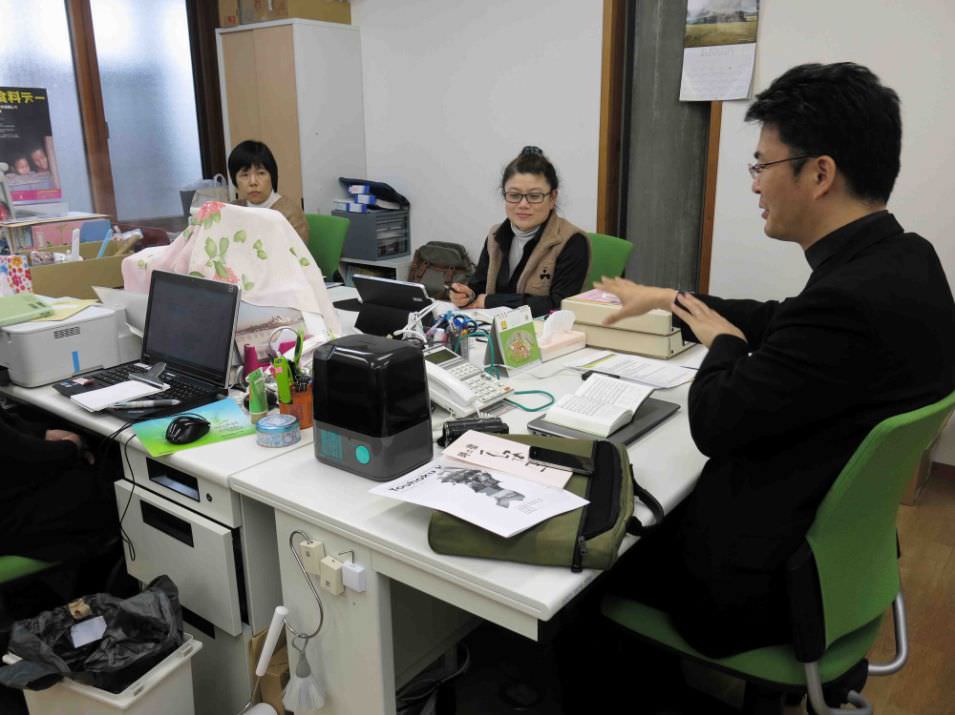 5. Tohoku Help   Formed and incorporated after the earthquake by the ecumenical group Sendai Christian Coalition (whose chairman was Rev. Takashi Yoshida, pastor of Sendai Reformed Church and Moderator of the Reformed Church in Japan General Assembly), Tohoku Help has been delivering emergency supplies to tiny Christian groups (for distribution to others) along the coast of NE Japan, helps displaced people relocate, offers events large and small to devastated communities, provides trauma counseling (and counselor training), and operates three centers that provide facilities to measure radioactivity in food products and to test for internal radiation exposure by measurement of cesium in urine (especially for young women and children) and in breast milk. And they counsel those who are totally stressed about this.

For three days last week I visited the sites and met with the representatives of all 5 projects. I saw children romping with the staff of Nozomi Center. I led devotions with the staff there and also at the Tohoku Help office. I visited with and heard a report from the staff at one of the radiation measurement centers we help support and got some new information about the troublesome issue that will haunt Japan for years to come. I had lunch with and dreamed dreams during a consultation time with the Team Rikuzentakata folks. I visited the Sendai Reformed Church construction site and heard a progress and financial report update, then had a lovely time of consultation and prayer with Rev. Yoshida. I spent about 3 and a half hours at Sakura House, watching the staff prepare and then implement their weekly café. I was able to chat with several “patrons,” hearing about their experiences and feelings. The coffee they served was delicious (you get to grind your own beans!), but more delightful than that were the smiling faces, the lively exchanges of greetings, (“Oh, it’s so good to see you! It has been a while...”), and the servant posture of the staff, including Rev. Tateishi, the barista! We talked about the ongoing concerns for and ministry to those in the temporary housing (some of whom had come to the café), and also about longer term plans for community-building.

As I sat at the café, my last stop, I reflected on what I had seen and heard, and I realized there was a common thread that tied these projects together. Despite the variety of activities, it occurred to me that these activities were all offering an oasis to the troubled survivors. An oasis is a place of refreshment and rest in the middle of a wasteland. As Elim was to the people of Israel, so are these places to the people of NE Japan. Streams of mercy flow freely, smiles are seen and laughter is heard. Relationships form and deepen, and hope is renewed. I thank the Lord for letting me be part of this.