If you pour yourself out for the hungry and satisfy the desire of the afflicted,
then shall your light rise in the darkness .... And the Lord will guide you continually ....
you shall be called the repairer of the breach, the restorer of streets to dwell in.
Isaiah 58:10-12 (ESV) 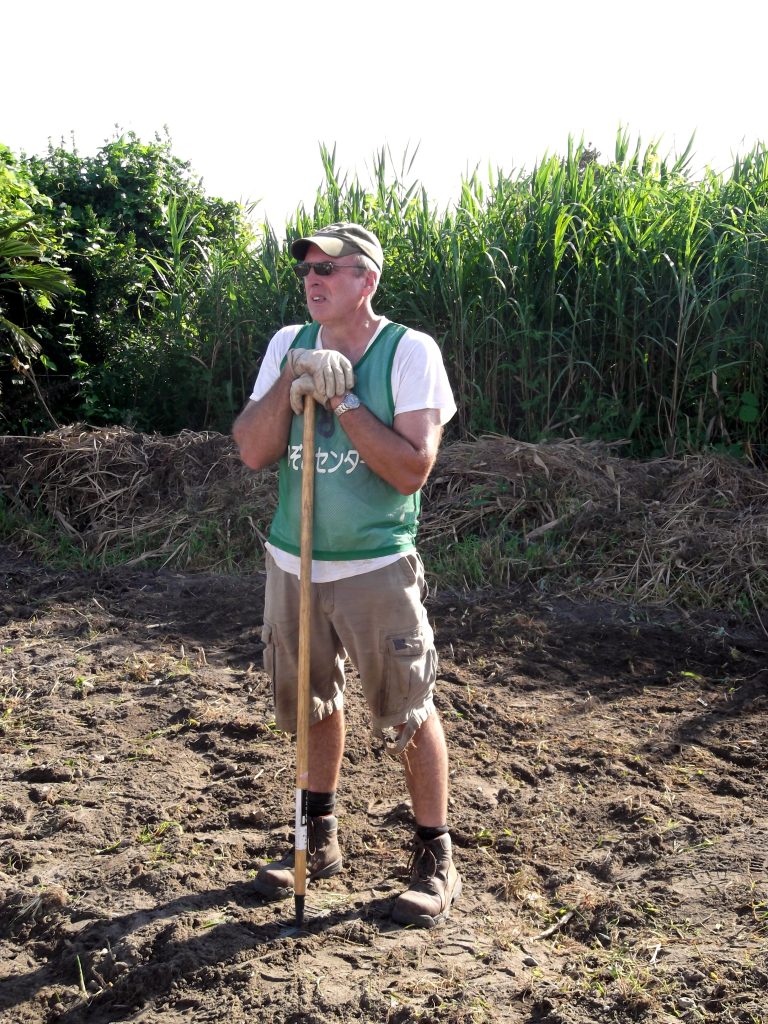 On August 29, 2005, Hurricane Katrina slammed into the Gulf Coast along the shores of Mississippi and Louisiana. No one was prepared to deal with the aftermath of this disaster. Not the local residents. Not the state or local government (who can forget the chaos in the New Orleans Superdome). Not the Federal government (FEMA underwent much scrutiny due to the perceived “delayed” response to the disaster).

The church wasn’t prepared either . . . but in a different way. The church at large, and the OPC in particular, were not prepared for the vast number of people in their congregations who would raise their hands and say, “I want to go help!” Not just “I’ll send money,” but, “How can I lend a hand to my suffering neighbor in need?”

Although not fully staffed to do so, the OPC Administrative Offices met the challenge of organizing a major response effort that would utilize the many volunteers who wanted to serve. The Committee on Diaconal Ministries and the Committee on Home Missions and Church Extension worked together to process donations and provide the necessary personnel to coordinate the endeavor. Assessments were made, equipment was obtained, partnerships with affected sister churches were established, volunteers were deployed, and a productive response effort was carried out.

Following the experience with Hurricane Katrina, the OPC recognized that the time had come to establish a permanent disaster response ministry, with a full-time coordinator at the ready, in order to be better prepared to demonstrate the love and compassion of Christ in tangible ways the next time disaster should strike. Indeed, it was just six months after the newly created role of OPC Disaster Response Coordinator was filled by David Nakhla that the OPC was again called into action to respond to the Japan Tsunami of March 2011.

It is the prayer of OPC Disaster Response that Christ would be honored through the good works of the church in meeting the great needs brought about by major disasters at home and abroad.

Here is a complete summary of the OPC’s Hurricane Katrina Disaster Response efforts, as reported to the 73rd General Assembly of the OPC in 2006:

Report of the Committee on Home Missions and Church Extension of the OPC. Appendix of the Minutes of the 73rd General Assembly of the OPC (2006). Pages 207-209:

On August 29, 2005, Hurricane Katrina came ashore at the mouth of the Mississippi River just to the east of New Orleans. The devastation in the Gulf Coast region caused by that storm and the two which followed it began a time of unprecedented response by Orthodox Presbyterian people. As the storm track of Katrina was plotted on national maps, many Orthodox Presbyterian Church members began to realize that its path would take it right over the home of our former mission work in New Orleans, as well as in very close proximity to our churches in Mobile, Alabama; Pineville, Louisiana; and Forest, Mississippi. They also realized that it was marching through the heartland of several PCA presbyteries in that same region. Concern escalated as the full extent of the damage became known.

As questions began to pour into the administrative offices, it fell to the Home Missions staff to try and make contact with pastors in the affected regions. General Secretary Ross Graham requested COC’s Director of Finance and Planned Giving David Haney (who also serves as CHMCE’s Loan Fund Manager) to coordinate initial fact-finding and response efforts from the administrative offices. Many asked how they could help those whose lives had been traumatically changed in such short order. It was soon learned that only a few OPC families had received damage, and attention immediately turned to our sister denomination, the Presbyterian Church in America, which had begun to place updates on their website and were soliciting volunteers. Those who expressed concern and a willingness to help were initially encouraged to volunteer through the PCA.

However, soon after this, a deacon from Grace OPC in Columbus, Ohio, was on his way into Slidell, Louisiana, and Picayune, Mississippi, to assist the PCA Nashville Presbytery in their response efforts. He remained in regular contact with David Haney, and upon arriving on the scene, he urged David to join him so that he also could witness first-hand the need, and help to coordinate OP assistance efforts. Plans were quickly laid for the OPC to assist the PCA churches in Slidell and Picayune.

As the full extent of the disaster was being realized, the Committee on Home Missions and Church Extension was providentially assembling for their annual fall meeting. When David Haney returned from the Gulf Coast, the CHMCE meeting was underway. He reported to them his findings and sought their advice. The Committee proceeded to commit $30,000 out of their reserves for emergency response in order to immediately assemble needed equipment and supplies for use by our volunteers with the anticipation that these funds would be replenished by the contributions being received by our denominational Committee on Diaconal Ministries.

Volunteer teams began to be assembled with the help and leadership of deacon Jack Swann from Trinity OPC in Hatboro, Pennsylvania, and his wife, Vickie. This couple accompanied the first OPC team to Picayune and quickly became the eyes and ears of OPC disaster response on the ground for more than two weeks. As they saw needs, they relayed them to David Haney who assembled the required supplies in different national locations to be sent down with the next team from that region. As the financial resources poured in to the administrative offices under CHMCE’s oversight, they were quickly converted to supplies and equipment to be used by our teams in assisting many families in the devastated areas.

Communication had already been established with Forest, Mississippi pastor Mark Smith where significant damage was reported but everyone was safe. Former New Orleans OP pastor Russell Hamilton (now of Penobscot Bay OPC in Bucksport, Maine) reported concerning contact with some of the families from the recently closed mission work there, that all but one of them had left the area, and while some had lost possessions, all were safe. Pineville, Louisiana pastor Jack Sawyer was already heavily involved in providing and coordinating assistance to storm refugees. And licentiate Phil Hodson of Christ the King OPC in Longview, Texas, was at work providing housing and transportation to those who had traveled as far away as east Texas to escape the ravages of the storm. As the information continued to unfold, weekly updates were sent out to the churches to inform them of the needs as well as opportunities for service. Over the next ten weeks, ten teams were sent into the south. Members of these teams included people from over 30 churches.

While assistance was continuing in the Picayune/Slidell region, Hurricane Wilma blew ashore in southern Florida. As damage to this region was assessed, it became clear that Fellowship OPC in Lake Worth, Florida, had sustained a significant hit. Not only had the church building received damage, but many members’ homes were also in disrepair due to the high winds. It was clear that it was time to shift operations from the Gulf Coast area to southern Florida. Team 7 helped complete this transition in short order and the remainder of the teams served through Thanksgiving in Lake Worth.

By late 2005, the Committee on Home Missions and Church Extension had agreed in principle to serve the Committee on Diaconal Ministries by developing a plan to assist the CDM in implementing responses to future “Major Disasters in the United States” (as reported by the CDM to the 63rd General Assembly in 1996, pages 222-224). In early March 2006, the Committee on Diaconal Ministries formally requested the Committee on Home Missions and Church Extension to serve as the responsible agent by which information concerning a truly major disaster may be conveyed to the CDM and through which gifts of money, material, or volunteer help may be coordinated, administered and disbursed.

Ongoing hurricane disaster response continues in 2006 with teams being sent to Key West, Florida, as well as back to the Gulf Coast states. Work progresses slowly but steadily as these areas begin the long process of rebuilding. The equipment procured for storm damage assistance has been repaired and is ready for deployment to the Gulf Coast states for rebuilding. It is also ready for redeployment to any other site where a natural disaster may occur. The Committee is exploring the temporary use of this equipment by our churches in between its use for natural disasters and is working with the Orthodox Presbyterian Church Loan Fund to coordinate such a plan.

The Committee on Home Missions and Church Extension is thankful to God for the generous response of Orthodox Presbyterian Church members during these unprecedented hurricane disasters. Through their generosity the OPC has been well equipped to help many families begin the rebuilding process and is in a position to be able to show mercy to many in tangible ways in subsequent years. The Committee wishes to thank the many members of the Orthodox Presbyterian Church who volunteered their time and energy to go to the hurricane-ravaged parts of the southern United States during the fall of 2005 to provide their help and to represent their Lord and their Church in offering “that cup of cold water” in Jesus’ name.