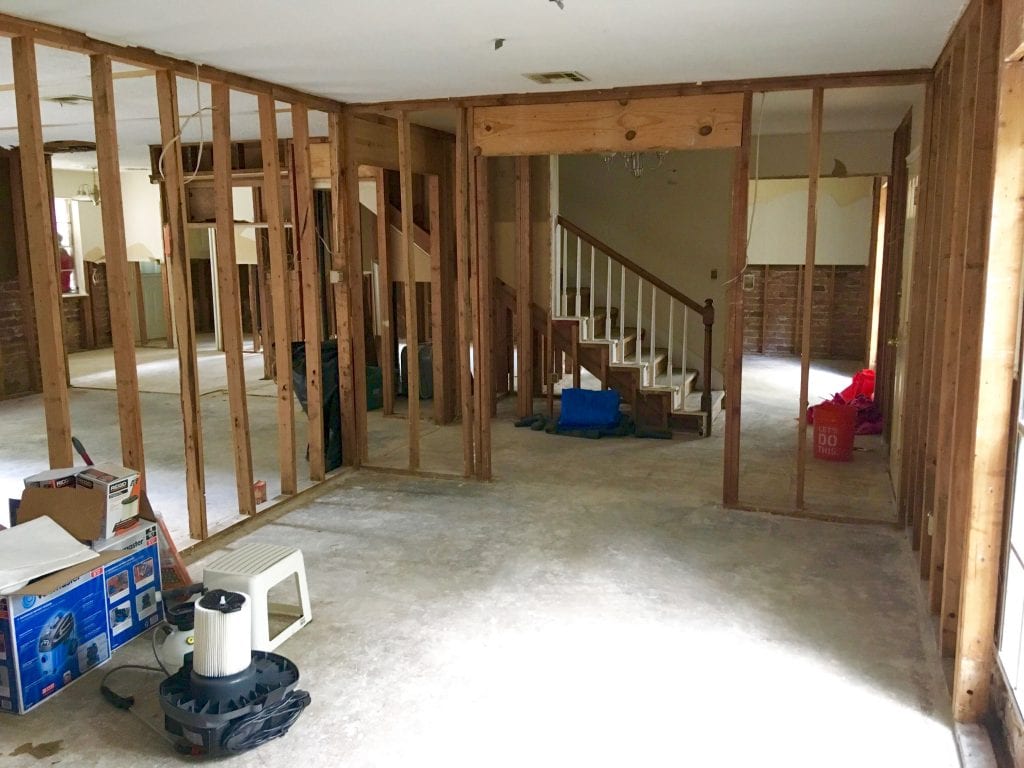 Ellen's house has been flooded nine times in the past; river on one side, a creek on the other. Our crew exposed walls behind the kitchen and bathroom cabinets, the water heater closet and helped raise furniture so it could both dry and be treated for mold.  Ellen will follow up with spraying to kill the mold.  She was tremendously grateful.  Our time of prayer with her was a true joy, but though she spoke with general knowledge of God, a believer coming side by side with her would be needed.

"Three angels named Jeff, Rick, and Kenley came over today. They showed me where moisture is in the walls. They opened up walls without hurting cabinets which I thought impossible. They cleaned up and left us delightfully encouraged, prayed over, and feeling rescued. God knew what I needed more than I did. Jesus blessing to you all."

"I was crying the whole time."

Susan, a middle-aged Roman Catholic woman, reflected on her family's rescue. She went on, "it was surreal...water up nearly 4 to 5 feet, our first floor deluged."

We listened more than anything else.

And then there was Diane and her teenage daughter. We stood on her driveway. It was one thing for her to speak of the hurricane waters wiping out their home, but she offered more, "On top of all this loss, my husband has cancer." That riveted our attention. We listened a little more and then prayed with them.

Last, our paths crossed with Ka-wee. He's from Southeast Asia. We saw him outside his garage. One of us spoke up from down near the curb, "Sir, is your family OK? Were you flooded?" He said he and his family had been spared. He seemed to indicate that he wanted to visit a bit. We stood with him for 20-30 minutes. Seeking to minister the gospel, we asked, "What is your religious background?" He said he was a Buddhist. In the course of the conversation, we first asked three or four questions about the teaching of Buddhism. He gave us answers, and along the way we gave him the essentials of the gospel, regarding the substitutionary life and death of Jesus Christ.

We wanted to reach out and express the mercy of Jesus Christ in this time of great need. Three of our local OPC pastors, an OP church planting intern in Houston, and a college student spent time going door to door, handing out items like Bible devotional guides, a children's book on Biblical themes, a gift card, a pocket calendar, and other pieces of gospel literature. We ministered to the neighborhood in this way, representing Cornerstone OPC of NW Houston. This team included: