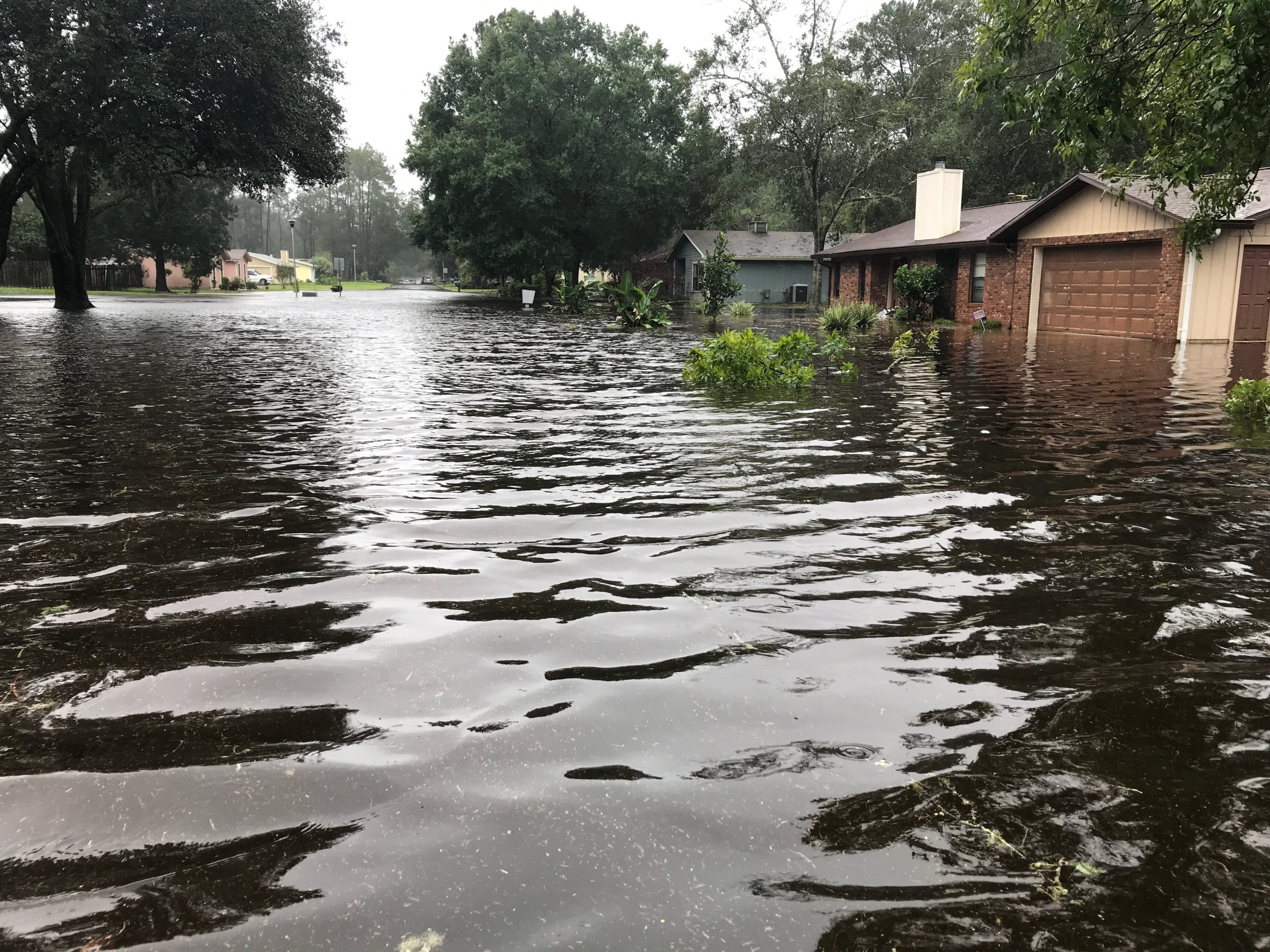 We are adding and updating the following reports as they become available:

KEY WEST, FL - Pastor Welzien reports:
The church and pastor's home are still physically standing and seem to be structurally sound, but there's no vouching for any leaks or any other damage. And no real clear word on anybody else in the congregation. (Bill has yet to return to the Keys to survey first hand.)

The pastor's home is OK. Two coconut trees down. One avocado tree down. Lost power since 2:00PM on Sunday. All church members stayed home, and none have serious damage, other than no power.

NAPLES, FL - Pastor Hausler reports:
After checking on our church and home (both okay), I've spent the day checking on many church members and friends...all came through fine.

FT. LAUDERDALE - Elder Bill Watson reports:
Of the members & friends that stayed, all went well. Some minor home damage, but God was merciful.

LAKE WORTH, FL - Pastor Stanke reports:
Reports from his members indicate that most are OK as far as damage is concerned. About half of them still do not have power. As for the church building, there are some large trees down. One fell on the power lines to the manse, so the manse will probably be without power for some time.

FORT PIERCE, FL - Elder Brad Brown reports:
His family did okay but had water around his house and much debris. They lost power and were on a generator. They live in a very remote location about an hour's drive from the church and often lose power (sometimes for up to 30 days) so these are not totally unaccustomed conditions for them. Conditions of the congregation still unknown.

BRADENTON, FL - Pastor Borg reports:
No known serious damage to houses or property. The church building is in great condition--including our radio tower. We are thankful the hurricane didn't go farther to the West in the Gulf or things wouldn't have gone as well as they did--the Lord was merciful to us. We have no immediate diaconal needs.

ORLANDO, FL - Deacon Joel King reports:
We know of NO major needs from our congregation. Many continue to be without power at this time, and clean up of trees, etc. is in process. The church sustained some tree damage but a crew (including the evacuated Bill Welzien from Key West) have been hard at work clearing the property.

OVIEDO, FL - Deacon Michael Farrell reports:
We have minor damage for the most part in Oviedo. Mostly just trees and fences down. Roof damage for some folks. Reformation OPC has at least 4 families that evacuated. Please pray for safe travels as they return. Biggest needs right now in our area are power and safety as post-damage conditions are dangerous. Downed power lines are sometimes live and falling limbs can present a danger. Parts of our county are under a boil water notice and sewage removal is an issue in the county. Most estimates have utilities being fully restored for our county by Sunday night but it could take longer. Some roads are still impassible, gasoline is in short supply, so travel can be a challenge. Public Schools are closed through the week at least as are many private schools.

GAINESVILLE, FL - Pastor Fick reports:
It was a harrowing night here in Gainesville. Four trees down in the back, debris in the front, and our street is flooded with about a foot of water. No power but no significant damage to our house, and we’re otherwise safe and well. (The pastor's home was NOT flooded, but neighbors' were.) See video, below.

Deacon Stone reports:
I never lost power, but a lot of folks did. There is street flooding downtown from the storm surge but that will go out at low tide in a few days. Businesses are closed today and most plan on reopening tomorrow. There are some trees down but for the most part, the city came through very well.

Pastor Watkins reports:
Many are just now getting back into their homes.  The church is a little more organized in it’s response efforts, in cooperation with other local churches, after learning from Hurricane Matthew last year.  We are eager to get back on our feet so that we can assist others, even as we were assisted last year.  We expect more details to become available in the next few days. 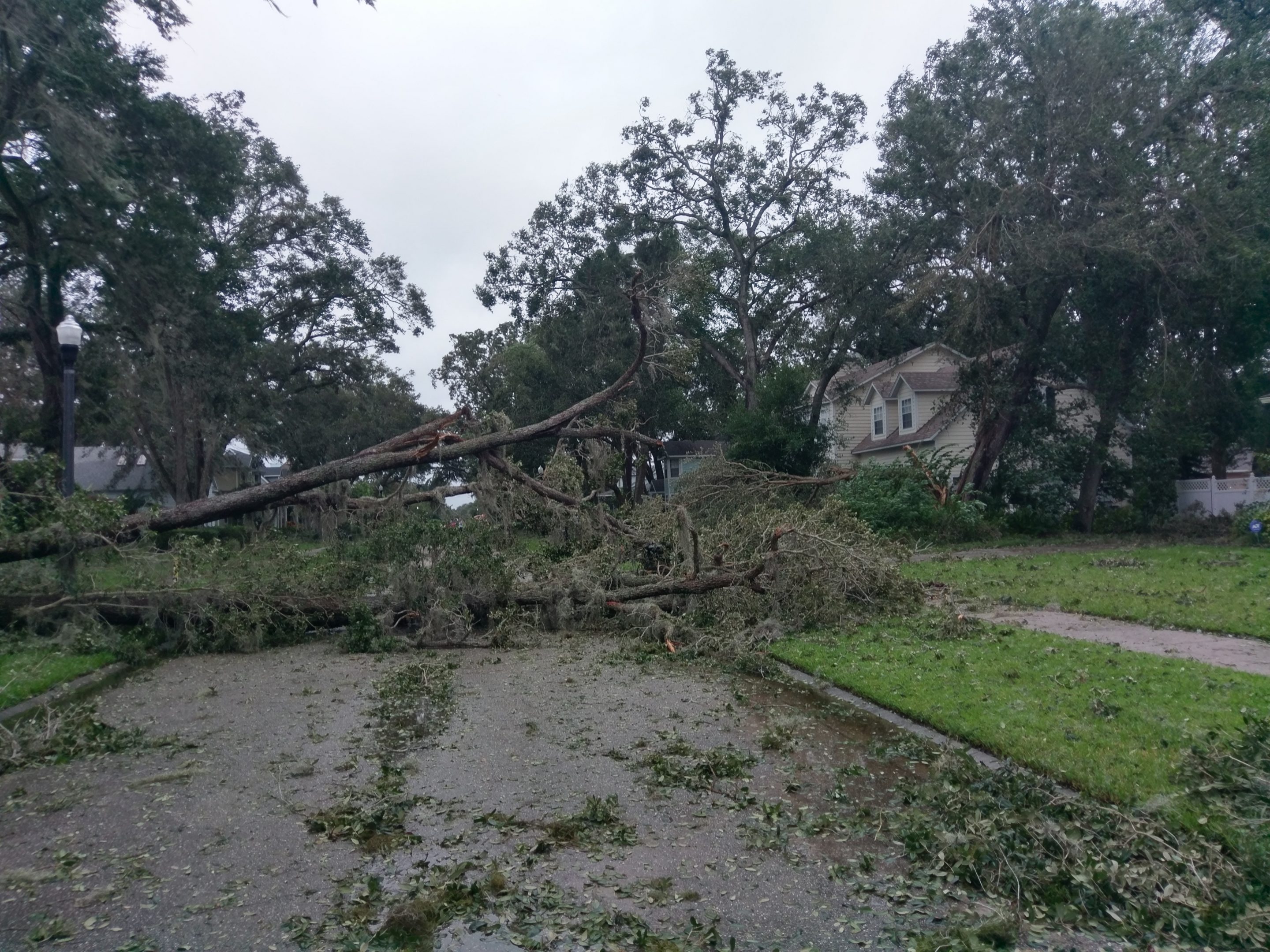 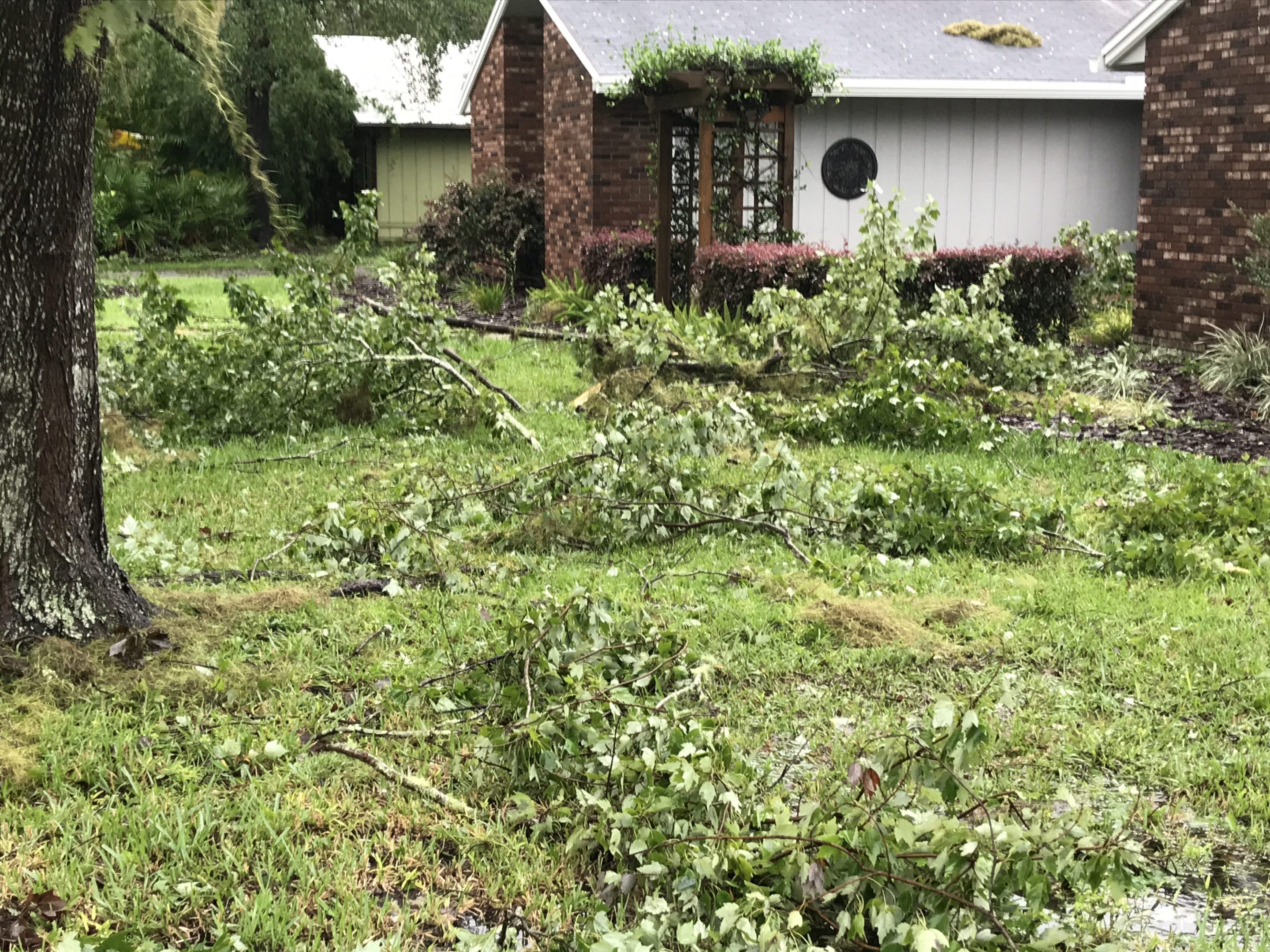