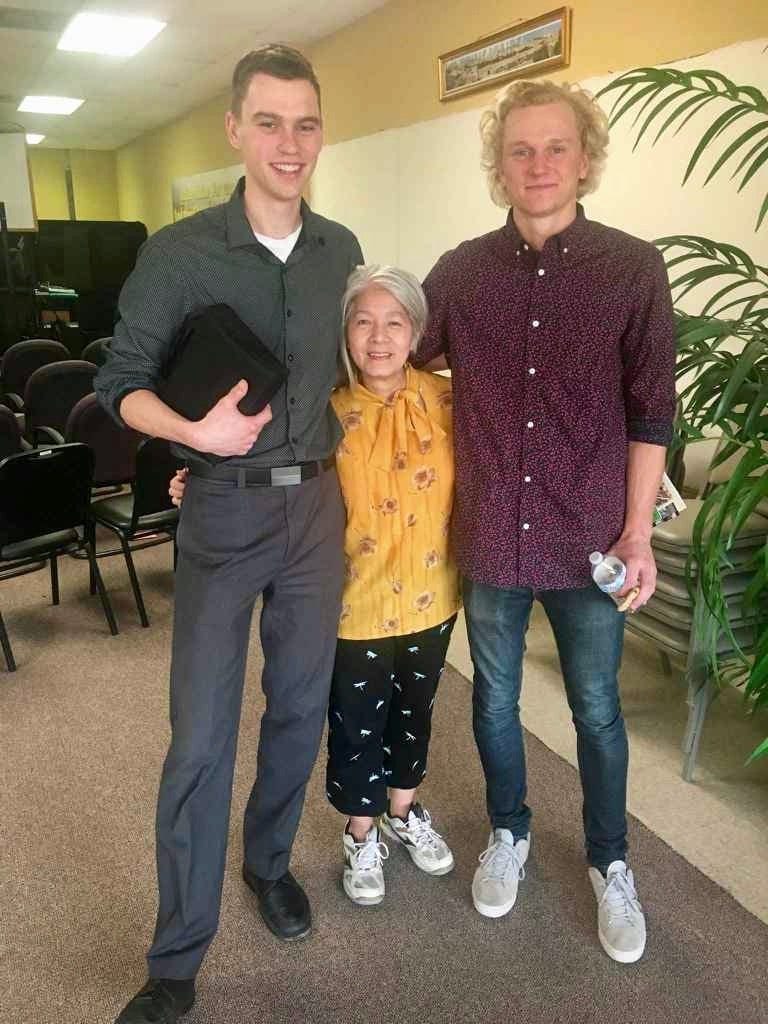 Several of the volunteers who recently traveled to Houston to work with the OPC Hurricane Response Ministry offered to write a testimonial about their experience.

Yen, the homeowner they refer to (who appears in the photos), is a Vietnamese woman whose home has been worked on extensively by OPC Hurricane Response Ministry volunteers. She is very popular with everyone who has worked at her house!

I came down to Houston with a team from Northwest Iowa. We worked at Yen's house. I remember hearing Yen say it was so amazing that people would come all the way from Iowa to help her fix her house. She believed that these must be good people to travel so far for a complete stranger.

This was one of the main draws to wanting to find out more about these Christians and what they believed. In 1996, my wife had a similar experience when she went to Moscow with Josh McDowell and about 350 Americans. She found herself in a village about an hour and half north of Moscow. The people could not understand why anyone would come this far for them! These people were also open to the Gospel just because people came from so far away for them.

Yen would read my verses and explanations and respond in a way that I knew only the word of God can do to a person. I believe because of her strong personality she will have the opportunity to affect many of her people with her story and growing faith in Jesus Christ. I believe God had a plan to use her and needed us to get her on the right track.

Every person that we helped was so genuinely thankful and appreciative of the work. But while the help that we gave was very beneficial to the people, the impact that these people made on us was so much greater than the help they could have received from us.

The work of the OPC leadership was amazing. Through the labor of the many groups of volunteers who have come to Houston, two homeowners, Yen and Kathy, have come to know about Christ. The time that the leaders dedicate to each project is such an amazing commitment, and it was amazing for me and my group to see how much their work means to the people in this city.

None of us wanted to face the end of the week, to have to say our final goodbyes to these new friends. This week had given us all an awareness of how much we have to be thankful for and I pray that we will never forget this special experience.

I was able to work at a few houses in Houston with the two members of the OPC leadership. One was the Site Coordinator, and as he was coordinating all the projects, he often had to leave to check on other houses or take phone calls with questions about what to do at them. One thing I liked about him is that he would not let us start working in the morning without first praying. The other OPC member stayed with us while we were down there. He participated in our group devotions and when he was not working with us, was often found with his Bible doing his own devotions.

The OPC people we met in Houston live their faith in an entirely different way, and through that, it is very evident what they believe.

The OPC leadership was a lifesaver. It was so nice to know exactly where you were going to go and that the people you were going to meet were already talked to and they weren't complete strangers. The OPC leadership chose the right people because they were the nicest and most thankful people I have ever met. They kept thanking us for coming but it is really the OPC leadership that should be thanked the most because they did all the hard work in finding the right people to work with. All we had to do was show up where they told us and help the people.

The OPC leadership was the foundation of all our work there and we definitely couldn't have done it without them. They helped us by organizing where we were going to stay and work and when the plumbing was backed up and the plumber couldn't come, one OPC leader went in there and did it himself.

One week didn't seem long enough to help the people out. I almost wanted to stay longer and keep seeing their smiling faces as we helped them put their house back in order. I learned many valuable lessons from the people we helped. One of which is to always be grateful for what you have and not complain about what you don't have. 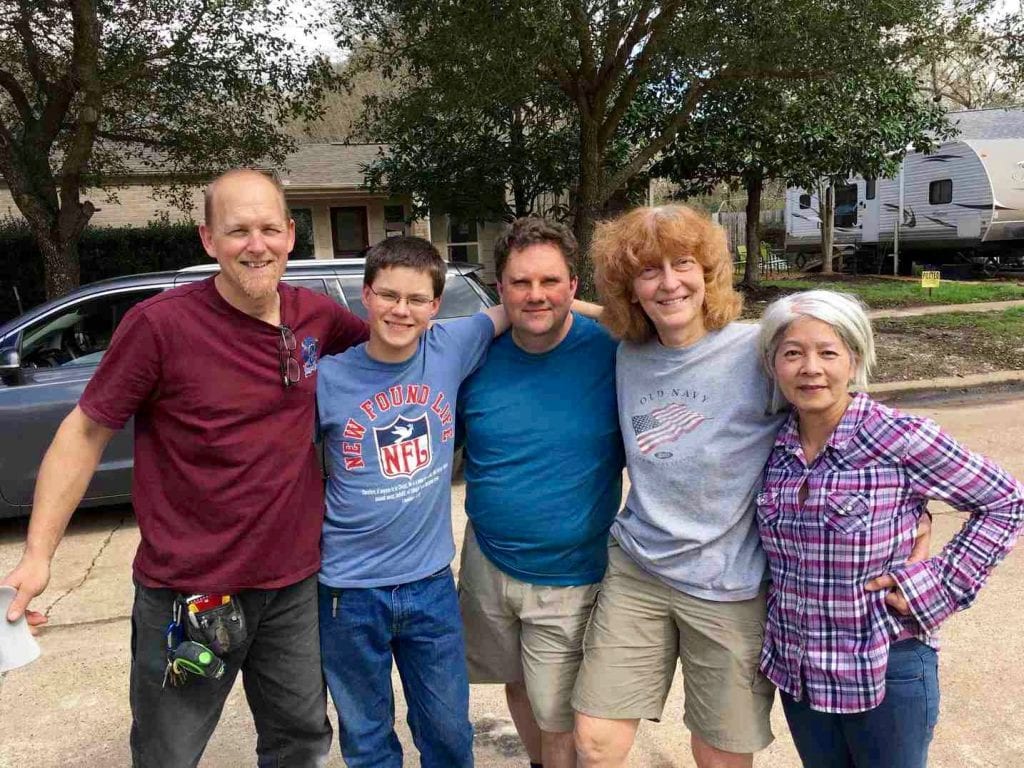 Volunteers with Site Coordinator Fred de Ru on the far left, and homeowner Yen on the far right 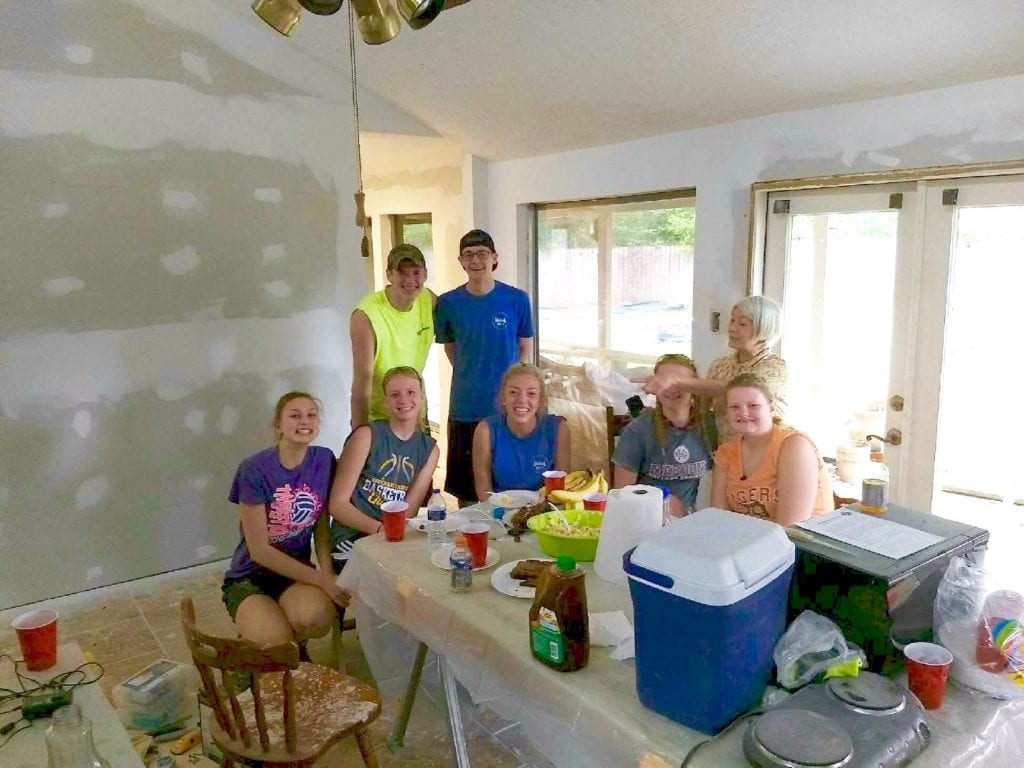