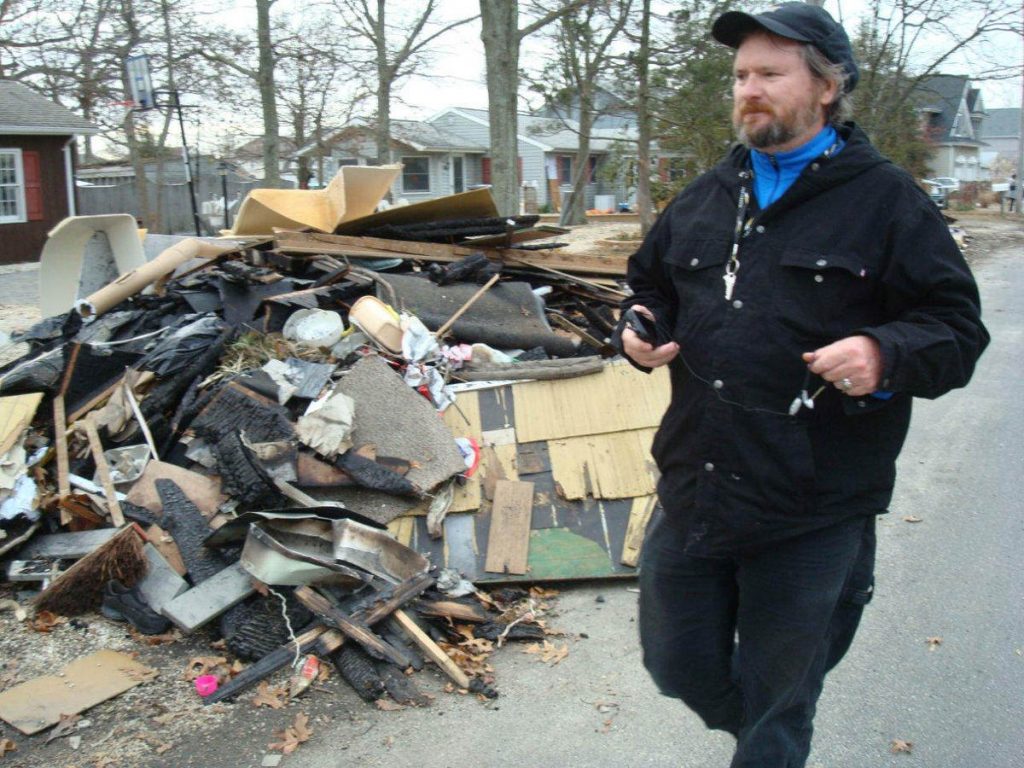 It has been 18 months since Hurricane Sandy hit the eastern seaboard of the USA, wreaking havoc in its wake. The OPC was able to respond to this disaster in New Jersey and on New York’s Long Island, thanks to our on-site coordinators and many other volunteers who contributed their time and skills to help OP families and their friends and neighbors deal with the aftermath of the storm and get back into their homes.

The right men at the right place and time

A particularly effective aspect of the Hurricane Sandy disaster response efforts has been the steadfast commitment of two brothers in the OPC serving the church as “Site Coordinators,” one in New York and the other in New Jersey. Without the help of Mr. Alexander Zarek, ruling elder of the OPC in Franklin Square, New York, and Mr. Charlie Farrell, deacon of Faith Bible OPC in Brick, New Jersey, the work would simply not have been able to move forward as it did. I am particularly thankful for these two men as gifts from the Lord: the right men at the right place and time.

Following the hurricane and continuing into 2013, flooded homes were emptied of ruined household items and debris, generators were provided to homes without power, sections of houses destroyed by water were rebuilt (including one home that had to be taken down to the studs!). In addition, OP churches put together a major clothing drive, mainly for the low-income area in Coney Island that was hit extremely hard, with a particularly large donation coming in from a church in Maine.

As Al recently reported, the work is complete:

“By the very end of 2013, all of our relief work assisting those in our church and friends of those in our church was completed.  We had so many volunteers, coming in from so many different locations - Maine, New Hampshire, Upstate New York, Virginia, Pennsylvania, New Jersey, and as far away as Michigan – ready to give whatever help was needed. It was a blessing to all  to see the church come together as one body to assist all those in need.”

Starting in 2012, the volunteers did a lot of general “mucking out!” They also tore off siding; cleaned up yards; re-graded a backyard; built a driveway; spread top soil and planted grass seed; sorted personal items and moved things into and out of storage; helped someone move into a new place; installed gutters, sheetrock, paneling, flooring, interior doors, and trim; and did a lot of painting. In some cases, direct financial assistance was given for mold remediation services, plumbing and electrical work, storage facilities, or to purchase furniture or supplies. The statement “Ed the electrician from Maine helped” appeared again and again in Charlie’s report! Charlie also noted that a team from the Carolinas removed all the insulation from a crawlspace (“a most dirty and difficult job”). And, two homes were described by Charlie as needing “soup to nuts” – and are not quite finished yet.

“Since the beginning of 2014, we've been blessed with a great group of volunteers. These volunteers were able to have an extended stay in our area ... which allowed us to build incredible relationships with them ... for me, these relationships will likely be life-long. The extended stay allowed the volunteers to be part of our congregation. They took part in midweek Bible studies, fellowship luncheons, missionary visit presentations - every function our church had.

“I anticipate we're at the tail end of the restoration (on of the last 2 homes needing work). Having skilled volunteers during this phase was key. Interior work should soon be complete, but we'll continue to have opportunity for summer volunteer groups to come and complete the exterior work.”

"Our Response to Sandy's Fury"

Review many more details of the OPC's relief efforts following Hurricane Sandy in "Our Response to Sandy's Fury," by Patricia E. Clawson, published in the January 2013 issue of New Horizons.

Consistent with past disasters affecting our church, members of the OPC once again stepped forward with a very tangible expression of their love and concern for one another in the midst of the storm. A total of $180,000 in unsolicited donations were received designated for Hurricane Sandy Relief. Unlike other disasters in which we found it difficult to utilize all funds received, our Hurricane Sandy disaster response activities did consume the full amount of donations received. Truly, it seemed to be the perfect amount to match our efforts.