This story was sent to us by Angela M., the wife of a pastor in the Greek Evangelical Church, a Presbyterian Reformed denomination in Greece through which the OPC gave diaconal assistance to refugees last spring.  Angela and her husband attended the OP church in Ipswich, MA, when he was in seminary. 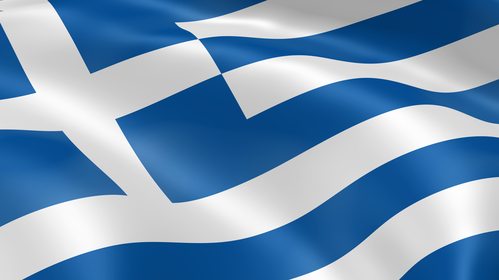 They are married, but they are from two different, conflicting Muslim traditions.

J had a Christian friend growing up and he loved to spend time at this friend’s house because he liked how peaceful and loving his family was.

When J became an adult he started going to church with his friend, against his parents’ wishes. He married M and was on his own when war broke out in his country. Then they left for Europe.

Like so many, J and M ended up in Greece at a very crowded refugee camp south of Eidomeni. The rains came and they were miserable, just like everyone else.

So all these people – a Catholic family made up of two couples and six children, along with M & J – left their wet belongings and boarded a van for their new home.  They were all housed together in a three bedroom flat.  The three couples each took a bedroom and the children slept on sofa beds in the living room.

The local church was quick to respond with warm bedding, clean clothing, and a hearty pot of Greek soup. Communication was difficult and only one refugee spoke good English, but love spoke volumes and was understood in volumes.  That Sunday, all the refugees attended the local church and they were given a real red carpet treatment.  It seems to me that God just plucked these people out of that miserable camp and dropped them down into this fairy tale church, where everyone hugs, calls you “Dear,” and invites you to their home for dinner. (That’s an example for all of us!)

They continued to attend church and waited patiently to hear the translation of the message – first from Greek to English, then from English, through the English-speaking refugee, to their language. They gave back by helping out at the local refugee camp – making sandwiches, passing out food, unloading and stacking donated clothing.

One elder said to J, “Don’t feel obligated to come to church just because you are living here.  Feel free to do what you want!” J answered, “No, I want to come, to learn more about this Christ whom you serve!”

J seemed convinced, but M kept her headscarf on tight.  She was afraid. Once, when she was helping out in the church hall in the presence of only women, she was asked to take off her scarf and show them her hair.  She did and all the women complimented her and said “you are lovely this way, but you are free to dress the way you want.” She continued to acknowledge Mohammad as her leader but the love of the Church continued…

The long-awaited phone call from the immigration office finally came and M & J were requested to report to the office in Athens in order to get their documents to travel north to some other European country.  The goodbyes began.  First, in church that Sunday, both M & J expressed their personal gratitude for the love shown them during their five months there. They both cried their hearts out and boarded the bus with great difficulty.  There was not a dry eye at the goodbye ceremony. Then they went to Athens.

In Athens, the refugee ministries already in place took over and helped M and J settle in. The only familiar face was A, a missionary who spoke their language. A visited them several times in the north, so his message was familiar to them. Their relationship with A, in combination with their relationship with so many believers in this church in the north of Greece, formed the platform for them to finally understand Christ and His love for them.  J did not hesitate to make a personal commitment to Jesus.  M took some time, but finally understood the Reason for all the Love shown her and decided to follow Christ.

M and J are still in Athens, waiting for their documents to be processed in order to move on.  Two weeks ago, they were both baptized in a small ceremony in Athens along with six other former Muslim refugees.  I was fortunate to be able to attend.

She saw me as soon as I walked in.  She was very surprised to see me (she didn’t expect me) and ran over to me. There was no scarf. M is beautiful. We both knew, without exchanging words, that now the veil from her heart is removed. That she is free for the first time in her life. That Jesus has embraced her and given her a hope beyond understanding. Now she understands the reason for the love poured out on her since she arrived. “I experienced the love of believers in Christ,” she said in her testimony. Then I watched her, her husband, and six other young refugees be baptized. All the woman appeared for the first time in public without headscarves. All the testimonies had the following key words: love, peace, freedom, salvation, grace, the cross.

It was one of the best experiences of my life.