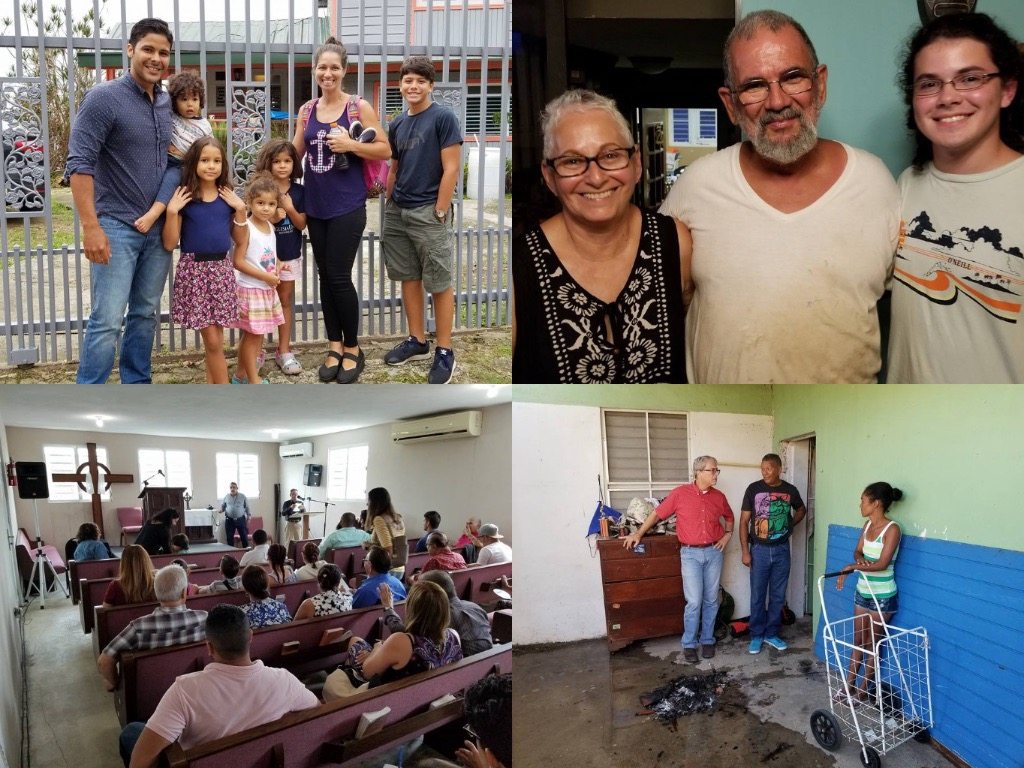 Rev. Dick Ellis, representing the Presbytery of New Jersey, to which the OP churches in Puerto Rico belong, joined me on a trip to Puerto Rico, from Saturday, October 7 through Thursday, October 12, 2017.

We sought to bring encouragement to the leaders and members of the OP churches in Puerto Rico. We assessed the damage from Hurricane Maria, and began to plan how OPC Disaster Response might bring relief to our churches there.

Since most homes in Puerto Rico are concrete structures and remained intact, it is not a lack of shelter but the breakdown of the infrastructure throughout the island that is impacting the lives of almost every household.

We did not see more than a handful of power company trucks.

Tourism is going to be in the dumps.

Our church leaders in Puerto Rico are very concerned.

This is going to be a long, difficult recovery.

Updates that were posted to Facebook during this trip:

Only been on the ground here in San Juan for less than 12 hours, so very initial impressions.

Yet ... little loss of life, considering what these 3.4 million people lived through.

And, the believers are attesting to the Lord's providence over all things, even in this very difficult time.

"Don't forget us!" ... was one of the responses when we asked the pastors in Puerto Rico what message they would like the rest of the OPC to hear.

Please pray about how to participate in bringing relief.

On Monday, we visited a single mother of six, Ada. She is a member of the church. One part of the roof of her small rental home in one of the poorest neighborhoods in San Juan caved in under the force of Maria's 175 mph winds.

She hopes to move to a better place soon. We bought her groceries for now. The church will be watching after her. It was good to gain a small peak into how her already difficult life is strained further by Maria's impact.

On Tuesday, we got a glimpse of Maria's impact outside San Juan. We headed south, over the mountains to Arroyo to visit OPC church planter, Bradney Lopez, and his beautiful family.

With no power, cell, internet, and unpredictable water...life has completely changed for this young family of seven and all in their community. It's like civilization stepped backwards 100 years! They are hand-washing their clothes! Life is suddenly consumed with all of today's chores.

And we have seen very few power company repairmen ... maybe ten at most! Yet thousands of downed poles. We encourged this family to prepare for a long recovery. Such difficult times ...

Together, we drove west along the southern coast to Ponce and then up into the mountains to see Deacon Jaime Medina and his wife and grandson. We were the first faces from the church they saw since before the storm, three weeks before. What an experience to see them alive and well and to hear them testify to the Lord's grace in a horrific experience.

God is our refuge and strength! 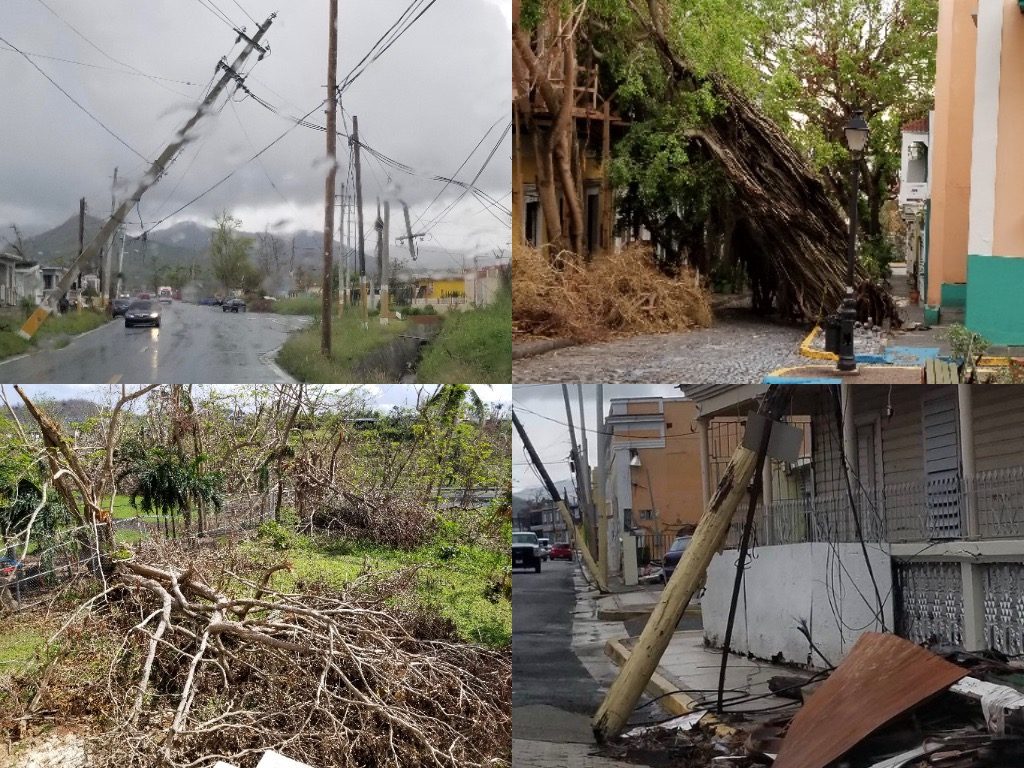 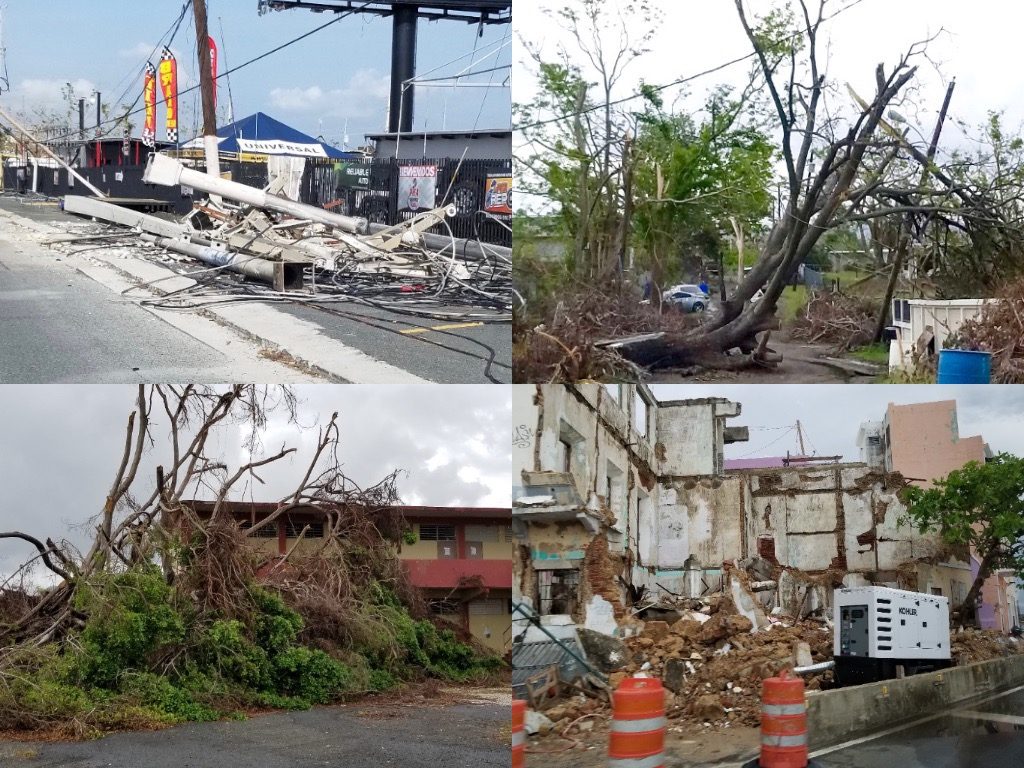 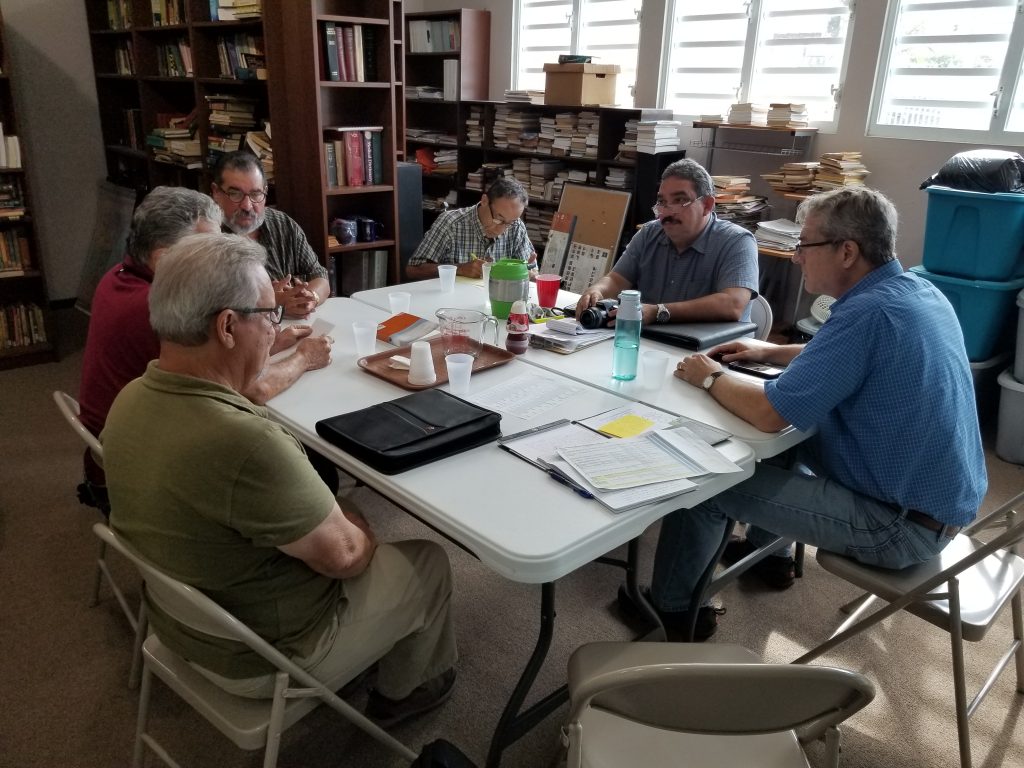