Sorrow and Joy in Japan

Sorrow and Joy in Japan 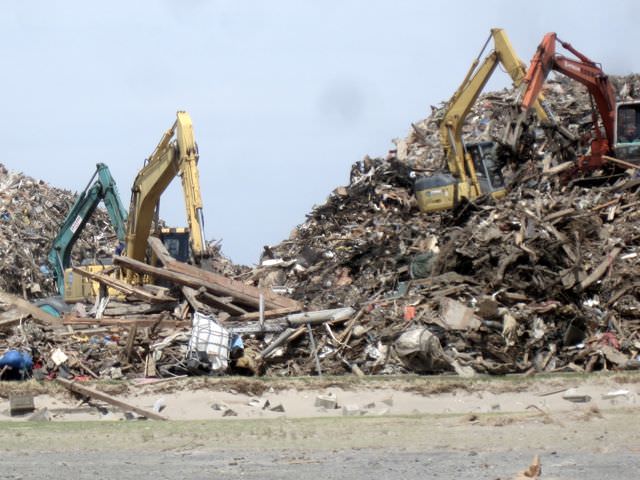 Mountains of debris in Japan

This past July, I was a member of one of the OPC Short-Term Missions Disaster Response teams sent to Sendai, Japan, to assist with tsunami relief work. We 10 Americans, hailing from states coast to coast, stayed dormitory-style for two weeks at the recently-dedicated Nozomi (Hope) Center in Yamamoto Cho. Throughout our time in Sendai, God allowed us to see both deep sorrow and redeeming joy, emphasizing not only the area's great need for His Word, but also the wonderful works He is doing there.

A year and a half after the tsunami that devastated the northeastern coast of Japan, physical cleanup is progressing quickly. In the Fukoshima area, monumental piles of garbage line beachfront roads, awaiting disposal in newly-built incineration plants. However, as Mrs. Edie Cummings pointed out during the first few days of our stay, now that survivors are no longer consumed by merely surviving, struggles with the tsunami's spiritual and emotional damage are becoming increasingly evident. 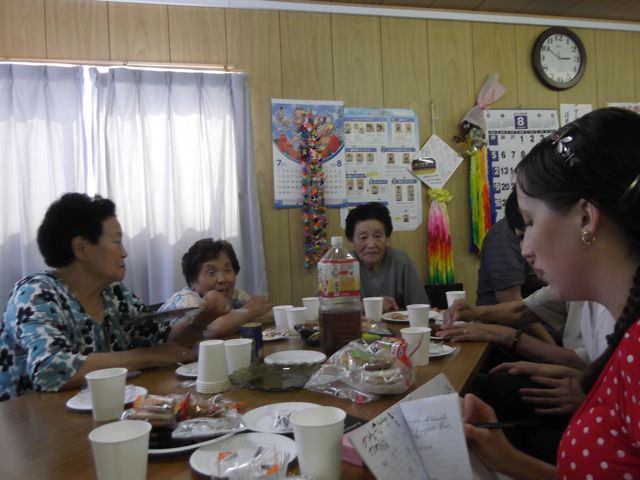 Team enjoys tea with the ladies

One story of such comes from an elderly gentlemen who is living in temporary housing in Yamamoto and attended an afternoon tea social held at the Center. A former girls' basketball coach who took teams to the Paralympics, he was proud to show us a key chain good luck charm that praised the power of human interaction and a cell phone filled with photos of the families of his former athletes. However, he also shared that he only survived the tsunami by riding the wave in his car – trapped in a flimsy metal box as his world was destroyed beneath him. Additionally, he bears a burden of guilt because many years previously he neglected to spend time with his own family in order to concentrate on his career. Now he makes rounds of the temporary housing facilities in the area, seeking to help others overcome the crisis through the strength of human relationships alone. Though he made many jokes during our conversation, when asked to smile for a photograph he dissented: “The tsunami wiped my smile away.”

Similar situations abound. Many women who dwell in temporary housing fill their time by tilling any arable land they own and producing beautiful handcrafts. These include milk-carton vases disguised with brightly patterned paper, crocheted versions of the strawberries that make the area famous - anything to distract themselves from thinking of their lost relatives and former lives as moderately wealthy coastal farmers. Meanwhile, elderly men who live in temporary housing often turn to drinking for consolation. Children growing up in the tiny trailers with thin walls must refrain from running, shouting, and other natural, boisterous play. 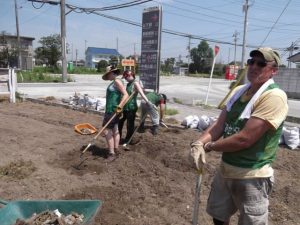 Hard work in the hot sun!

Yet in addition to these sad situations, God permitted us to see much joy among the Christian community in Sendai – from the children who found the Center a place to laugh and run after a long day at school, to the hilarity that filled a “Team Time” university student outreach meeting held at Megumi Church (led by Pastor Murray Uomoto.) We witnessed the wonderful joy of the relatively few, mostly aged believers who meet at area Reformed churches every Sunday, and were blessed with a measure of their peace when they welcomed us into their communities. We heard stories of God's grace from our missionary-leaders Cal and Edie Cummings, as well as Murray and Tsuruko Uomoto and Nozomi Center staff Morris Yaegashi and Yui Hamada. We giggled at a group party for July birthdays held at the Center; we laughed when kids used markers to “paint” our faces in a festival craft activity. Even as we struggled to remove salt-filled topsoil from a local strawberry field, we were refreshed by the smile and energy of Mrs. Ohno, the Japanese woman directing our efforts.

God showed us both pain and peace during our time at the Nozomi Center. Not only did he remind us of our, and the world's, fallen state, but he revealed to our placidity the great need that exists in Japan. In his mercy he encouraged us with the joy and bravery of the believers who now worship him there. May our Lord grant us all grace to clearly recall and recount our experiences in Japan, that they might drive us to further prayer and worship of him.